The Parent's Guide to an Autistic Child

If you’ve just learned your child has autism, you might be worrying about what to expect. Gracie Evans breaks down causes, symptoms and treatment options... 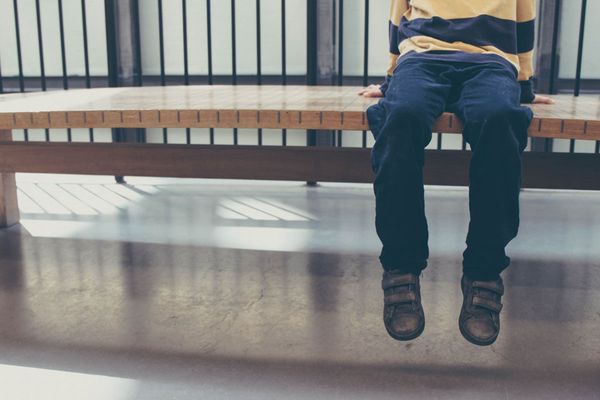 Also called autism spectrum disorder, autism is a group of conditions with signs and symptoms characterized by challenges with non-verbal and verbal communication skills, repetitive behaviors and social skills.

This condition is a complex neurobehavioral disorder that also comes with a range of symptoms; the reason it is now called autism spectrum disorder.

The Centers for Disease Control reveals that ASD affects about 1 in 59 children in the USA alone. Some affected children need daily life support, but others can live independently.

The signs of autism have different levels of severity and timing. For example, there are babies showing clues in their first months, while others in as late as two or three years of age.

However, not all kids with ASD show signs, but then others who don’t have it exhibit those. It is the exact same reason a professional evaluation is necessary. In the following, let’s discuss the most obvious clues of autism you should not miss.

While certain factors may be linked with autism, not a distinct one has been pinpointed to be its cause.

Other factors linking to a higher risk of autism development

Social skills: An ASD affected kid finds it hard to interact with other people, even if he might want to have a close relationship. A few signs,

Communication skills: ASD-affected kids might have problems with communication including on delayed language and speech skills, repeating the same phrase and singsong voice.

Medications may help reduce symptoms, including self-destructive behavior or severe aggression but not cure autism because there’s little known about its causes.

So far, the most effective treatments include behavioral modification and intervention. The programs are focused on developing his social and language skills. However, therapies may only be most effective if started early.

ASD affected kids and parents can benefit from help composed of a multidisciplinary team with parents, psychologists, teachers, occupational therapists and speech therapists.

For the best results, an individual treatment approach is also necessary so that it meets the needs of your child.

For example, speech therapy proves valuable in helping people learn how to communicate both in non-verbal and verbal ways. It can also address enunciation and pronunciation issues.

Developing speech does not only improve communication but also enhance the life quality of your child.

Other common treatments may also include physical therapy, nutritional therapy and play-based therapy.

However, take note that the program must be designed and sustained along with the routines included on it. You should consider the behaviors and skills to treat first as well.

CBD oil for children may also help ASD patients. Israeli researchers revealed that medical marijuana could be an effective therapy for ASD.

The researchers treated children with CBD and found out that 80% of them improved.

To prevent autism in children, mothers or women trying to conceive should give herself at least six months to improve her lifestyle and diet.

For example, she should start consuming organic vegetables, grains, fruits and nuts.

After all, laying the good foundation by being in a great shape before conceiving will minimize chance of developing pregnancy and delivery complications and miscarriage.

There you have what to know about autism causes and symptoms, treatment options and prevention, among other things. Refer to this guide and learn more about ASD today!