Baby, It's Cold Outside... [Facing Pregnancy, Loss, IVF, Adoption, and the Symbolism of Hallmark Christmas Movies]

They don’t have much to do with motherhood for most people, but for me they have had a significant role throughout my journey to motherhood.

I’ve always been infatuated with the Christmas season. Probably because starting the day after Halloween, Christmas is all over the place while Hanukkah decorations get one little end cap at Target.

However, on December 12, 2012, I had my first miscarriage at 11 weeks, 5 days. I forgot all about the impending holidays and focused on being miserable. 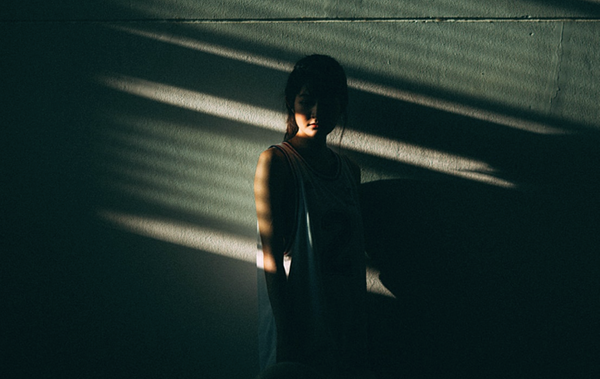 I knew the specific gestational time because this was a pregnancy created from a frozen embryo transfer. We had transferred our last two frozen embryos from a round of IVF that we had started earlier in the year.

We were absolutely thrilled that I was finally pregnant, especially since we had been undergoing fertility treatments for over a year, including 6 IUIs and one fresh embryo transfer of two embryos. To lose this pregnancy was more than heartbreaking. It was devastating emotionally, physically and financially.

It was one more thing threatening the happiness of my marriage.

So, I turned to Hallmark Christmas movies. The movies always started out with some kind of drama, but ended happily. Usually, it was about a couple of strangers meeting, falling in love, and just starting out in a romance. There was zero talk of babies and pregnancy. Those fairytale endings helped me get through that first miscarriage. Helped me as I scrolled through Facebook and Instagram posts of everybody except me getting pregnant.

After that loss, we found a new fertility doctor and did another round of IVF.

After our first transfer of two embryos, I ended up pregnant. That 64 cell embryo that we saw a photo of before the transfer is now a 4 and a half year old little boy who I can hear playing with Legos in the living room while I write this. He is a miracle (with serious FOMO) and decided he wanted to be born at 30 weeks. That was the start of our tumultuous relationship (we’re both Scorpios). I kept him in utero for 2 more weeks while on bedrest in the hospital. At exactly 32 weeks, my pumpkin number 1 was born in late November 2013. Just in time for Hallmark Christmas movies. I spent hours upon hours in the NICU pumping then trying to get my little 3lb 11oz peanut to drink 5 mL of breastmilk. Then I watched a movie on my iPad. I cried every morning on the drive there and every night on the drive home without my baby in the car. Then I watched a movie at home. The happy endings helped me escape. Sure, I was the mom of a beautiful baby boy, but he was in the NICU for over 3 weeks, not home with his family.

When our son was about 18 months, we decided to try IVF again since we had seven embryos left.

My husband and I have always been close with our siblings and really wanted that relationship for our son. The caveat was that since I had a classical C-section with my son, a twin pregnancy would be incredibly high risk so we could only transfer one embryo at a time. We transferred one frozen embryo and it didn’t take. Then we decided it would be worth the extra $6,000 to get the remaining 6 embryos tested. One was chromosomally normal but it didn’t take. I think this was all happening around August so, of course, I looked up Hallmark Christmas movies on YouTube. Yes, it’s a thing. AND, back in 2015 there were SO many of them that I hadn’t seen (there are also Christmas movies on other channels so I started branching out- Lifetime, ABC Family, Ion, etc). I had definitely started an addiction but it was fewer calories than wine and (mostly) healthier than drugs.

Again, Hallmark Christmas movies to the rescue. Anytime of the year. They also work wonders after arguments with my husband and there were a lot of those throughout the years of infertility.

Seven years, 6 IUIs, 3 rounds of IVF, and 10 embryo transfers later, I was DONE with fertility treatments. I was ready to just focus on the positive things in my life- our son, my husband, our families, our dog. That lasted about 6 months and then we moved onto adoption.

So many thoughts moved in and out of my head. “I already have a son that I love SO much,” became ”He should have a sibling.” (And he often discussed wanting a baby.)

“We have already spent so much money on fertility treatments,” became “Well, that money your parents gave us that we were going to spend on an investment property in Lake Arrowhead could be used for adoption costs.”

“Will I be able to love a baby that’s not biologically mine as much as I love my biological child?” pretty much stayed that thought for a while.

We kept obsessing over our son having a sibling and kept watching all of our friends have their second child, and some even their 3rd. So, mid-November of 2017 we submitted our “Dear Birthmother” letter. We wrote about how much we love our son and our pets and our families. We mentioned how we travel and surf and do yoga. I also mentioned my love for Hallmark Christmas movies. And we waited.

On March 26, 2018, we received a call from the adoption agency that we were matched with a birthmother who was pregnant with a baby girl (Yay! A girl!) and she was due on April 28, 2018. Well, that got adjusted to April 19th which became April 11th. I was in the delivery room and got to cut our baby girl’s umbilical cord. It was magical. And yes, one can definitely love an adopted child as much as a biological child. When my son won’t put his shoes on when we’re in a hurry to leave the house, I might even love our daughter more (just kidding, geez!).

I also forgot to mention that at our first meeting with birthmom (or B-mama as we now call her), she mentioned that she chose our family to raise her baby because my husband is an English teacher and so is her mom, she is super close with her brother and wanted her baby to have a brother, and...wait for it...she watches Hallmark Christmas movies with her mom every year. Can you guess who that text was from?

Hopefully we’ll get to watch at least some of the 34 movies together.