Astronaut Christina Koch, 40-year-old Expedition 61 flight engineer, has safely returned to Earth after making space history as the longest-ever single spaceflight by a woman. She was originally expected to compete a six-month mission, that was eventually extended by NASA, with a goal of collecting data on long-duration space flight effects on a woman (Robert Z. Pearlman, Space, 2020)

“It’s a wonderful thing for science. We see another aspect of how the human body is affected by microgravity for the long term. That is really important for our future spaceflight plans, going forward to the moon and Mars," said Koch.

In October, Koch made history with Jessica Meir, as the pair became the first to take part in an all-female spacewalk. They were tasked with replacing a power controller, venturing out of the International Space Station for a walk that lasted seven hours and 17 minutes (Karen Zraick, New York Times, 2020).

"We caught each other's eye and we knew that we were really honored with this opportunity to inspire so many, and just hearing our voices talk to Mission Control, knowing two female voices had never been on the loops, solving those problems together outside -- it was a really special feeling," Koch said of that first spacewalk, on October 18 (CNN, 2020).

In December, Koch surpassed Peggy Whitson's female-in-space-record (289 days); Koch ended up spending a total of 328 days on the International Space Station, and was just 12 days shy of beating the current U.S. record of the longest single spaceflight by a NASA astronaut — 340 days, set by Scott Kelly during his "year-long" mission from 2015 to 2016 (Brendan Morrow for The Week, 2020 & Robert Z. Pearlman, Space, 2020). Koch completed six spacewalks during her mission — including another two with Meir — spending a total of 42 hours and 15 minutes outside of the ISS (Ashley Strickland, CNN, 2020).

"I think it's important because of the historical nature of what we're doing and that in the past, women haven't always been at the table," Koch said "It's wonderful to be contributing to human spaceflight at a time when all contributions are being accepted, when everyone has a role and that can lead, in turn, to increased chance for success." (CNN, 2020).

Want to learn about more influential women in history? Click here to learn about the first woman to run the Boston Marathon, and how she was nearly forced off the trail -- just for being a woman. 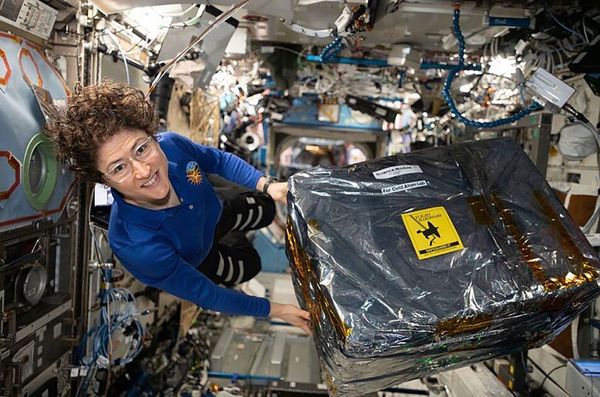