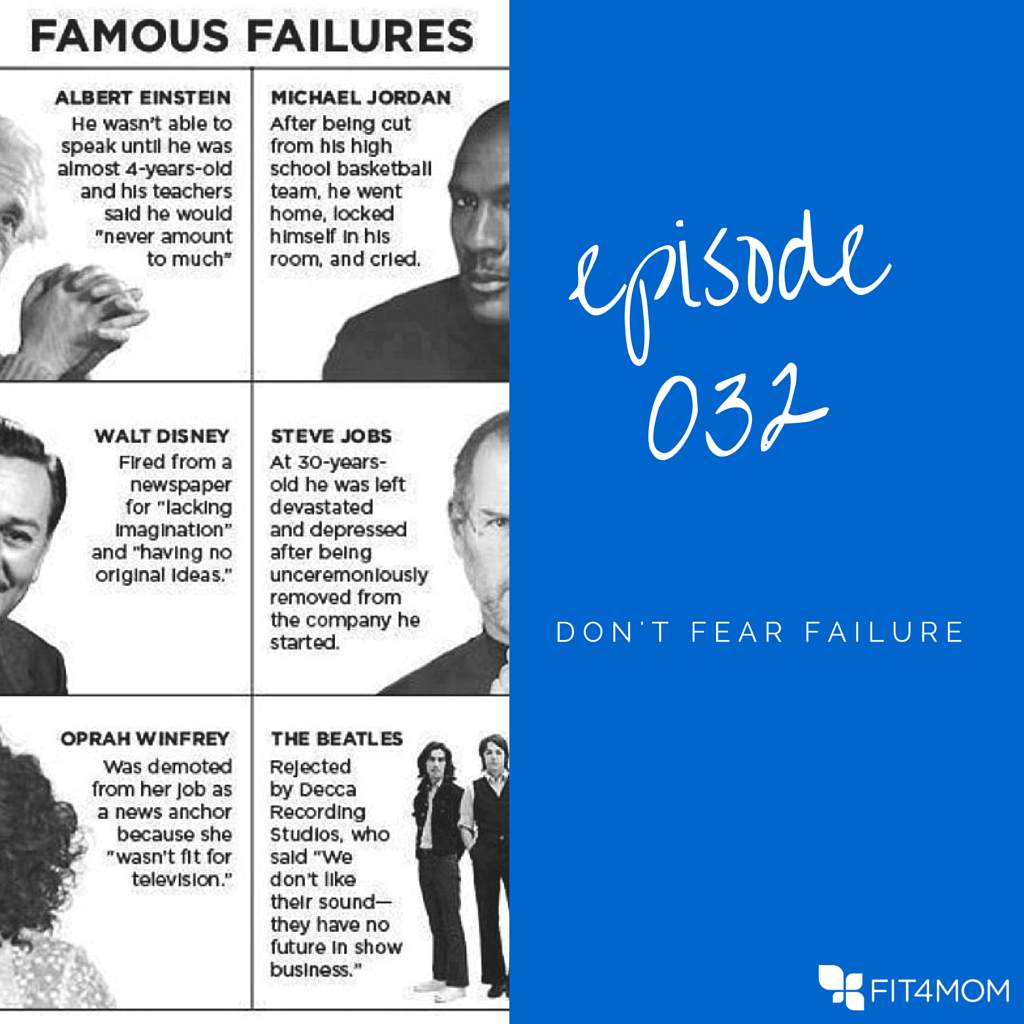 In this episode, we are turning failure inside out and get you to see it as an opportunity.

Contest Time: Win a FIT4MOM trucker hat! All you have to do is share one of your favorite episodes on Facebook and use the #MotivatingMom. We will pick 10 random winners and will message you if you won!

Have you wanted to run a marathon? Start a business? Write a book? Jump out of a plane? Come on. We all have something.

Listen to today’s episode to see how you can turn failure into an opportunity.