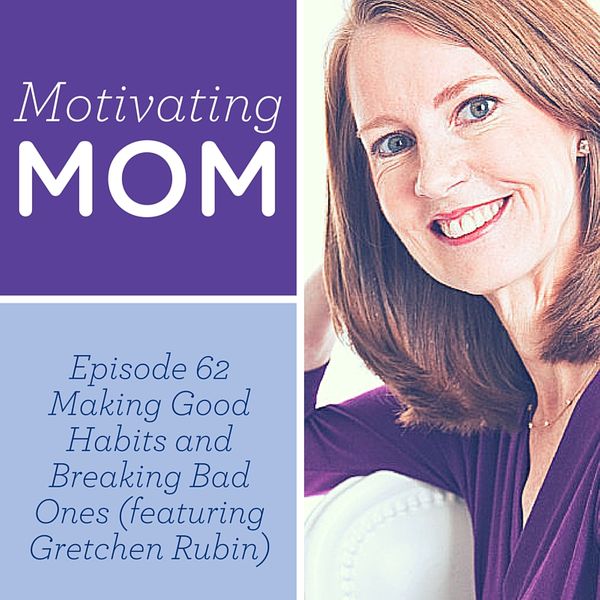 Have you failed at habit change in the past?

Maybe it’s because you have tried a one size fits all solution.

Today, we are going to talk about new ways to create habits that will transform your life once and for all.

This is Motivating Mom.

Gretchen Rubin is the author of several books, including the blockbuster New York Times bestsellers,

She has an enormous readership, both in print and online, and her books have sold more than two million copies worldwide, in more than thirty languages.

On her popular weekly podcast Happier with Gretchen Rubin, she discusses good habits and happiness with her sister Elizabeth Craft; they’ve been called the “Click and Clack of podcasters.”

The podcast hit #6 on iTunes on the first day it launched.

It ranks in the top 1% of podcasts and was named in iTunes’s and Vulture’s lists of “Best Podcasts of 2015.”

Rubin started her career in law and was clerking for Supreme Court Justice Sandra Day O’Connor when she realized she wanted to be a writer.

She lives in New York City with her husband and two daughters.