Breaking International News: According to the state media and the Saudi Ministry of Foreign Affairs, King Salman issues an order allowing women to be given driving licenses in the oil-rich country of Saudi Arabia. 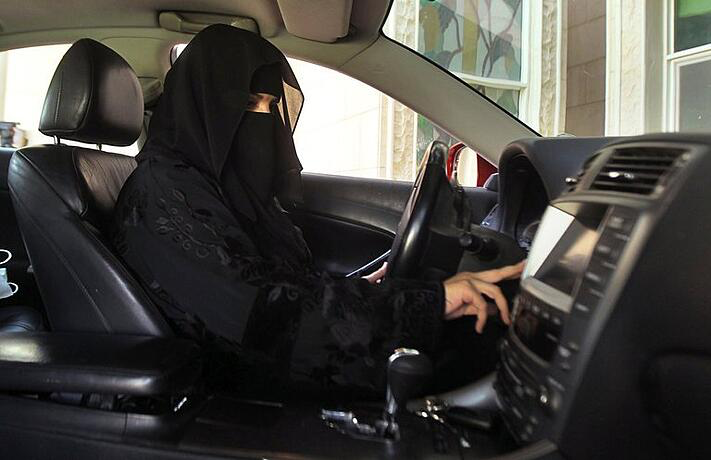 "Saudi Arabia announced on Tuesday that it would allow women to drive, ending a longstanding policy that has become a global symbol of the repression of women in the ultraconservative kingdom." - Ben Hubbard, New York Times, 2017

Rights groups have campaigned for a long time to have the no-drive ban lifted, but this is the first time the ban has been overturned. Living in America, it's hard to believe that women have been arrested, jailed, or even beheaded for protesting and/or taking the wheel.

Dawood Rehman of the Daily Pakastan Global writes "despite the announcement, women will not be able to drive immediately. The kingdom has no infrastructure for women to learn to drive or to obtain drivers licenses. The police will need to be trained to interact with women in a way that they rarely do in a society where men and women don’t mingle much." The policy was announced to roll out in June.

"Members of the Saudi royal family have been signaling an easing on women's ability to drive for months now. In May, Prince Faisal Bin Abdullah, a former education minister, told a privately owned TV channel that he had 'no doubt' women would one day be able to drive in his country" (Nicole Gaouette and Elise Labott, CNN, 2017).

Although the overturning of this ban is a step toward women's rights in Saudi Arabia, the country still has a long way to go. "Women can still not open their own businesses, travel abroad alone, or take full autonomy for their own lives." (Dawood Rehman, Daily Pakastan Global, 2017).

Want to read more about this issue? Check out these in-depth articles in the New York Times and CNN.