Within the FIT4MOM community, we celebrate motherhood and all the strong, empowering mamas who shine their light on their local communities. 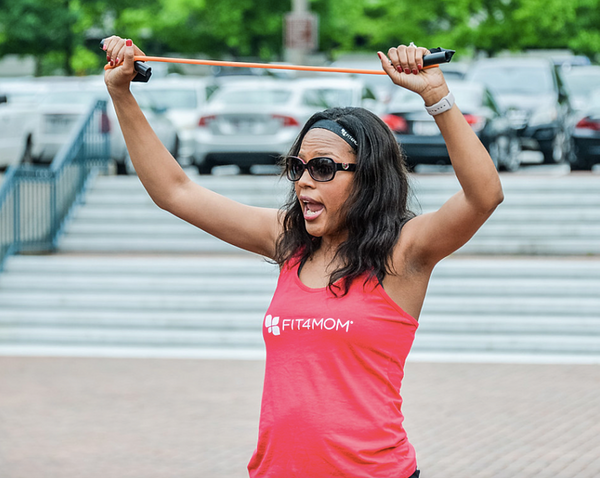 Danyette is the proud owner of FIT4MOM Howard County. She has three beautiful children: Matthew, who will be attending Stevenson University to study Theatre and Media Production, Kailey, who is in middle school and enjoys dancing in a travel dance company, and Christopher who is just a little ray of sunshine and loves working out with his mommy at Stroller Strides. Before becoming an owner, Danyette worked as a Stroller Strides instructor and running coach. She loves to travel with her husband, Lucas, and any and all things Disney. Danyette recently combined two of her passions by completing the Disney Princess Half Marathon at Walt Disney World (twice). Fitness and Disney….what could be better!?

Danyette purchased FIT4MOM Howard County in August 2016, and this was her reason for becoming an owner:

"I have been a part of the FIT4MOM franchise since 2005. I joined shortly after my daughter was born as a way to stay in shape and meet other moms. I have always enjoyed all that Stroller Strides and FIT4MOM provides for moms and I am proud to say that I am still connected with the moms from that group way back then :) FIT4MOM is a community for moms in every stage of motherhood all around the country and I love that I get to be part of and now lead this community in Howard County. I LOVE the FIT4MOM philosophy 'Strength in Motherhood' and I am so excited to work together to strengthen our FIT4MOM community through fitness, support, friendship, encouragement, and FUN!!"

We are so grateful and lucky to have Danyette as an owner within our FIT4MOM fam, and we know there are thousands of mamas within F4M who deserve recognition. Who's an inspiring mama in your local community you'd love to see featured? Email us who + why to shelleycameron@fit4mom.com.

(all photos by Israel)