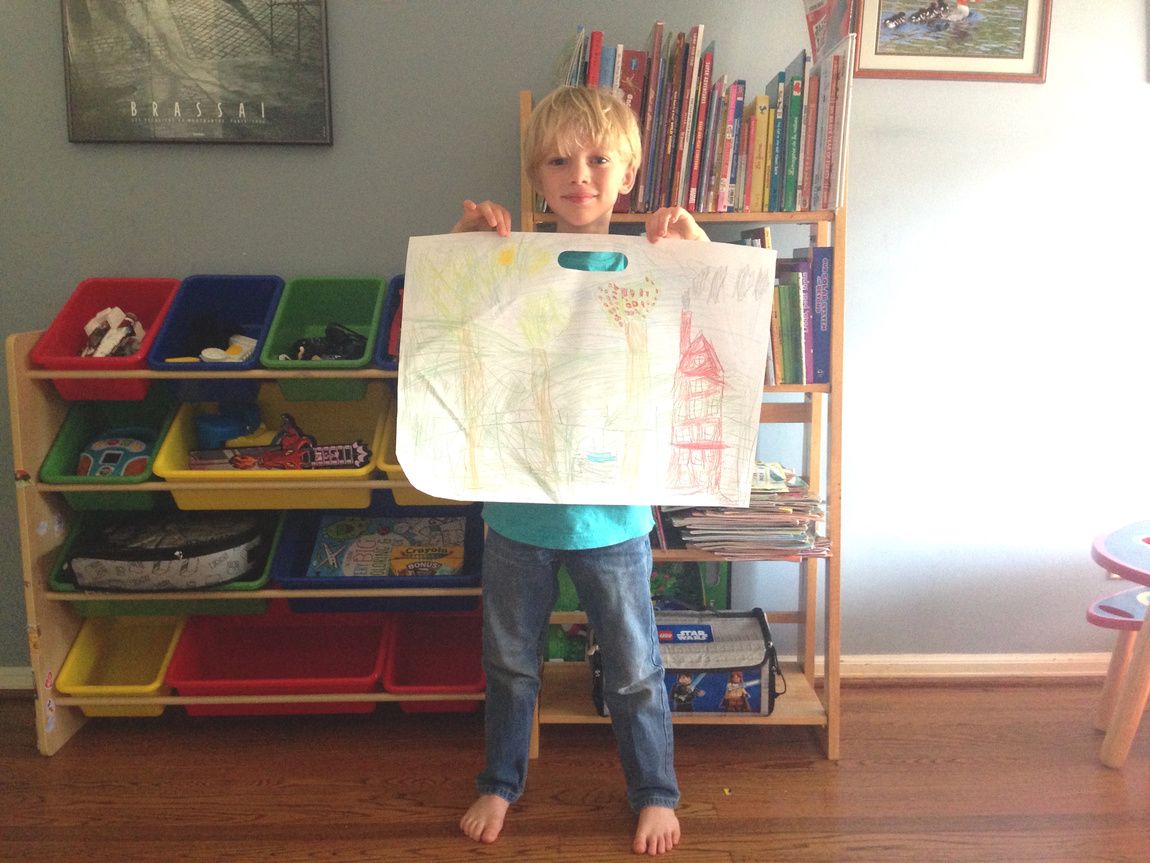 The Incredible Burden of Stuff

I. Have. Too. Much. Stuff. It stresses me out. I think about organizing, downsizing and simplifying all the time. I'm always putting things away, and yet my house is always messier than I'd like. Sound familiar?

April in particular has been a whirlwind of little plastic things - stuffed eggs, party gift bags and presents for my son's birthday. It's also been an incredible adventure in living with less... at least where my son is concerned.

Jack had a lot of toys. Granted he had less than many American kids, but way more than he could handle. Although he had bins in his room to keep things tidy, all of these bins were stuffed to the max with distractions. He would start playing with one toy and move on to the next and the next until the floor of his room was littered with stuff. This is normal for kids, but it's basically the same as an adult who is constantly channel surfing. It's mindless and unsatisfying, and it was also creating real problems. Jack was distracted, defiant, horribly moody and becoming more and more aggressive. Things were getting out of control.

I wasn't much better. I was losing my patience. I was spending a lot of time tidying up after the kids, putting out emotional fires and trying to get my kids to listen to me the 1st, 2nd, 3rd, 4th time I asked them to do something. In short, I was experiencing a serious case of mommy burnout. Finally, one day in mid March, Jack threw the mother of all tantrums. In the middle of all that chaos, I calmly picked up every single toy in his room and put them in two garbage bags in our garage. I left his books, crayons, paper and puzzles to keep him entertained and explained that he would have to calm down, listen and obey his parents for a few weeks before he could get his toys back.

He was initially upset and very, very sad, but shortly after that dramatic day, something amazing happened. I got my son back. He started listening to me. He started focusing more easily. He stopped throwing tantrums when it was time to practice the piano, he started listening to his teachers in soccer, dance and piano classes. He started making beautiful drawings and he started reading. A lot. The changes in him were astounding, but what was also eye opening was how little he missed all those toys.

It's been a month and he has gotten back a few toys and he received a few new things for his 6th birthday (mostly books), but many of the bins in his room are empty, almost all of the toys are still in the garage, the floor is mostly uncluttered and I feel like I have my child back. Now, it's my turn to make some changes. It's obvious that having too many things is stressful, it's overwhelming and it's unhealthy. Instead of finding ways to organize all of our stuff, isn't it time we just had less stuff?

This was originally posted on FIT4MOM Sherman Oaks