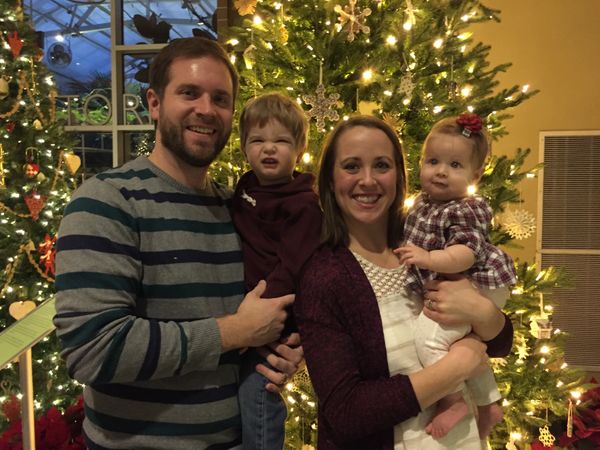 Our Franchisee Spotlight is on Marissa Andersen

Marissa has a heartfelt story to share about her journey as a FIT4MOM franchisee. You can check out her franchise at these sites:

I didn’t find FIT4MOM - I firmly believe that God placed FIT4MOM in my life because it was something I desperately needed. I was a senior in college - browsing the Internet with a friend when I should have been studying for final exams - and I came across the Stroller Strides website. I turned to my friend and said, “THAT is what I want to do with my life!”

At that point in time, I actually DIDN’T know what I wanted to do with my life - physical therapy, master’s degree, coaching, strength and conditioning. Fast forward a year and I was approached by the FIT4MOM (then Stroller Strides) franchisee in Grand Rapids asking if I would like to teach some classes for her.

I was working a couple of different fitness jobs at that time and this seemed like a great opportunity since I really loved kids (even though I didn’t have my own at the time). I taught for a few years and eventually bought the business from her, still with no kids.

A year and a half into my ownership, I had my first son and it was pretty rough. My life up until then had been characterized by success.

I have always done well at everything I put my mind towards and, going into it, I thought motherhood would be the same. But a few weeks after my son’s birth, I felt like I was failing.

Nothing seemed to be going according to “plan” and I was so unhappy all the time.

Looking back, I now know that I was in the throes of postpartum depression but I didn’t realize it.

So I was stuck feeling miserable, and I would have been so much more miserable had it not been for my awesome FIT4MOM village. It was so incredible to have a group of moms to reach out to IMMEDIATELY after having my first child.

There was never a parenting struggle I went through where I didn’t have someone to ask questions of or vent to.

I can’t imagine what that first child experience would have been like if I didn’t have this support group or this outlet for physical exercise.

Because of my conversations with other moms and information I learned from some of our amazing business partners,

I was able to identify my postpartum depression with my daughter and reach out for help. It was still tough but it was much better than the 6 months of struggle I had with my son.

Again, my village was there right from the beginning. I had friends texting and emailing me to see how I was doing. Attending classes was such an awesome way for me to get out of the house in a safe and understanding environment.

I had friends to chase after my toddler or distract my crying baby or help me snap my baby carrier. It made those first few months so much easier!

Along with being a FIT4MOM franchisee, I am also the assistant women’s basketball coach for Calvin College, a Division III college in Grand Rapids.

I played basketball at Calvin while I went to school there and started coaching right after I graduated, a few years before buying my FIT4MOM business.

I love the sport of basketball but mostly I enjoy building relationships with my players and watching them grow over the years they are with us.

Going back and forth between “mom life” and “college life” is a little crazy but I love being a part of both worlds! I truly believe that my two jobs are the same at the core - empowering women to be the strongest version of themselves.

As a franchisee, I have a desire to see moms improve their physical health.

My purpose for FIT4MOM Grand Rapids is to make women stronger - physically, mentally, and emotionally.

I don’t want any mom to feel like she is all alone.

We are stronger TOGETHER and TOGETHER we will raise the next generation of world changers.