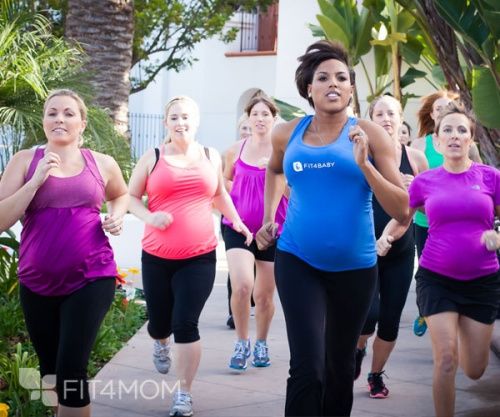 Is it Safe to Exercise During Pregnancy? ACOG's Updated Guidelines

The answer is a resounding YES! The American College of Obstetricians and Gynecologists (ACOG) is the governing body in the U.S. for guidelines regarding exercise & pregnancy (among many other things). The research in this category has been varied for many years, however, as of 2002, we knew that exercise was not only OK during a healthy pregnancy...it was RECOMMENDED! These guidelines have just been reaffirmed this month (December 2015).

In the past, there have been many schools of thought around exercise and pregnancy. Many, many years ago there wasn't much thought put to how a woman's life may change when she was pregnant; she still needed to work in the fields/farms and keep her family provided for. As we learned more and more about the human body, the thought turned more towards fear; If a woman's body was active, would that then pulled needed nutrients or oxygen-rich blood away from the baby? Pregnancy was suddenly seen as a "disability". She was advised to sit, to not go up stairs, to not carry anything over 10 pounds. She heard, "REST, you are pregnant"!

Today we know this...Pregnancy is a state of health!

Thankfully, we have some leading researchers who have paved the road for us to now know the miracle that the pregnant body. A healthy pregnant body is a humming machine! The systems in place to grow another human being are nothing short of a miracle. Researchers such as Dr. James F. Clapp and Dr. Raul Artal have given us the findings which have fueled ACOG's revisions. These 2015 revised guidelines have replaced the last version from 2002.

So, what are the newest guidelines? The good news is that they are very similar to what we have known since 2002...exercise during pregnancy is recommended. Here are some main points:

The good news remains...In a healthy pregnancy, it is still recommended to exercise throughout your pregnancy!

*For ways to find the right program for you (like FIT4BABY) visit FIT4MOM.COM